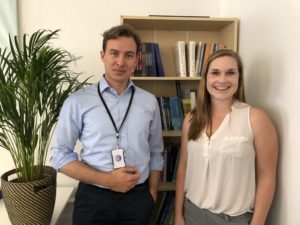 On average in Sub-Saharan areas, between 75 to 80% of HEI institutions (universities, colleges of commerce, technical colleges, and several specialised training institutes) are private. This fact alone brings a completely different approach to the commercialisation compared with the same types of institutions in Europe. Due to their mainly private status, universities have a lot of autonomy in areas directly related to the principle goals of their education system. Nevertheless, new government and pan-African policies are putting even more pressure to align the universities to competency-based or skills-oriented programmes on a commercial scale.

With the aforementioned average of 75 to 80% of private HEIs, the commercialisation of eLearning products and services is done by means of direct sales. In the case of public institutions, estimated at 20% of the market, the procedures involve Public Procurement procedures (public administration). This, in most cases, involves participating in tenders on a state-by-state basis.

Besides the revenue streams obtained from student tuition fees, an important part of the HEIs’ income reportedly derives from foreign aid agencies, NGOs, and technology suppliers that often subsidise their academic expenditures. Support is often provided through a carried interest, i.e. that the expenses of procuring a certain product or service is covered by a party or in full by an external entity.

Sub-Saharan universities base their sustainability model in revenues from international and African donors and public procurement from their governments. With that in mind the EPICA project includes a subtask to elaborate a set of guidelines for a strong and stable demand through public and donors’ procurement of innovation (PDPI) for public and private HEI institutions aiming to purchase innovative learning implementation pack services promoting high quality skills and their visibility.

While scoping and analysing the demand side of PDPI, the subtask increased awareness of EPICA through knowledge exchange with relevant parties, and this way broadened the liaising with the public sector and relevant external entities, such as private donors, while attempting to identify and/or create a framework that would facilitate the adoption of the ePortfolio system in Sub-Saharan Africa.

The guidelines set forth suggested and implied that finding external funders would best be accomplished by contacting foundations, agencies, and commercial entities worldwide, while also utilising partner chain referrals and marketing opportunities at various conferences. Some examples of organisations contacted include, but were not limited to:

These are just several organisations listed as potential donors to the EPICA project. All organisations were contacted regardless of their active funding calls or available tenders, which resulted in contacting over 65 organisations, a majority of which were foundations.

A key finding was that all reviewed private and public donors base their funding schemes on publishing project calls and applicants for funding thus have to compete. Ad-hoc funding was not identified as a viable option for securing funding for a smaller system like the EPICA ePortfolio and received no positive responses.

At the time of this writing, the COVID-19 Pandemic has furthermore taken precedence in the funding scheme available from both private and public funding bodies and institutions. Since the time of market closure in many European markets, around the middle of March 2020, a majority of relevant organisations and calls experienced a shift in focus and became primarily aligned with dealing with the crises at hand.

The combination of the results therefore contributed to a regrettable negative response. These results and responses are not final and conclusive, as the task of finding external donors will be continuous throughout the remainder of the year. Given the opportunity for more time to create relationships and to prove relevance to the market in these pandemic times, the EPICA ePortfolio could indeed become a successful tool for individuals, institutions, and organisations alike.