The Open University of Tanzania (OUT) has hosted the second Consortium Meeting of H2020 EPICA project (Strategic partnership for the co-design of an innovative and scalable ePortfolio ecosystem to improve the quality and visibility of skills). In his opening remarks, Prof. Elifas Bisanda, Vice chancellor of The Open University of Tanzania, emphasized the importance of employing an ePortfolio as a tool to enable East African university graduates to demonstrate their skills and competencies.

The Open University of Tanzania had a traditional portfolio, but its use was discontinued even before the University became one of three sub-Saharan Africa institutions at which the EPICA ecosystem will be developed and piloted. The difference between OUT’s traditional portfolios and the EPICA ePortfolio is that the latter offers multimedia-based evidence of skills that can be easily shared and visibly identified by employers.

During the meeting, ICDE’s Jean-Baptiste Milon introduced the organisation’s new Acting Secretary General, Morten Flate Paulsen, to the delegates. Mr Paulsen joined one of the sessions via video link from Norway.

The discussion included presentation of the status of activities carried out from January to June 2018. Also, those for Months 7 to 12 were identified and their timeline discussed with an emphasis on preventing delays in executing the plans.

Also presented was a report by OUT’s Dr. Edephonce Nfuka on the institution’s EPICA Open Day event, alongside information on parallel events at Makerere University and Maseno University. The fact that news about the EPICA ePortfolio has been circulated through Tanzania’s national television and social media has raised awareness and the expectation that with the ePortofolio, OUT will be able to produce even better graduates - who are competent and employable and whose skills will be easily evidenced through the ePortfolio.

Expectation and preliminary acceptance were high among academic staff members who participated in the pre-pilot activities. One pointed out, “I appreciate the knowledge we have gained over such a short period of time. Despite challenges such as technology, poor internet connectivity that prevented opening some videos, the provision of some descriptions in the learning platform being in Spanish, and tight schedules with other official duties, we managed to complete the pre-project phase and are ready for the next one. I strongly recommend that the project’s IT officials make certain that all technical components are fully ready for the next part so that the implementation goes harmoniously.”

Social activities included the opportunity for delegates to tour Arusha’s Maasai curios and craft market in the evening after the first day’s activities and Arusha National Park the following day.

The meeting ended with delegates having dinner at the Impala Naura Springs Hotel. This was followed by closing remarks from Prof. Bisanda, who welcomed the guests back in Tanzania and expressed his personal gratitude and that of the organising committee for the visitors’ active participation.

The third consortium meeting will be held in Berlin in December 2018. 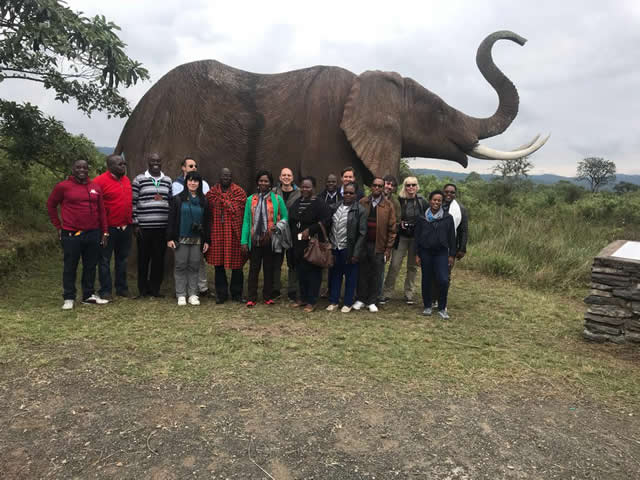 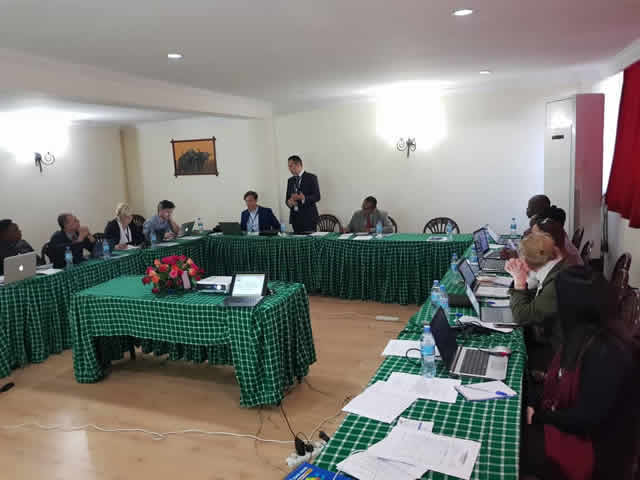 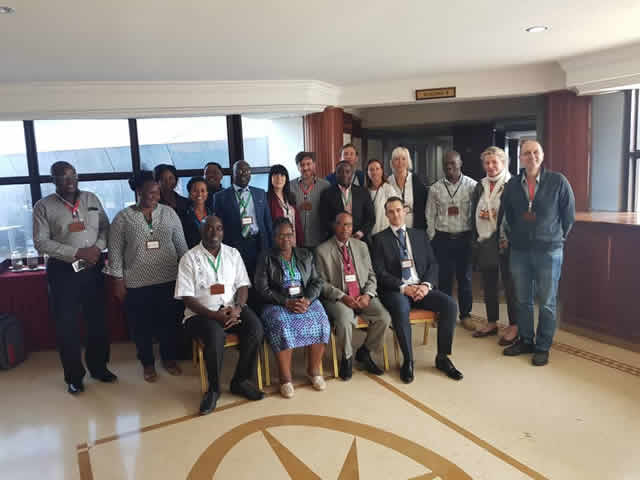 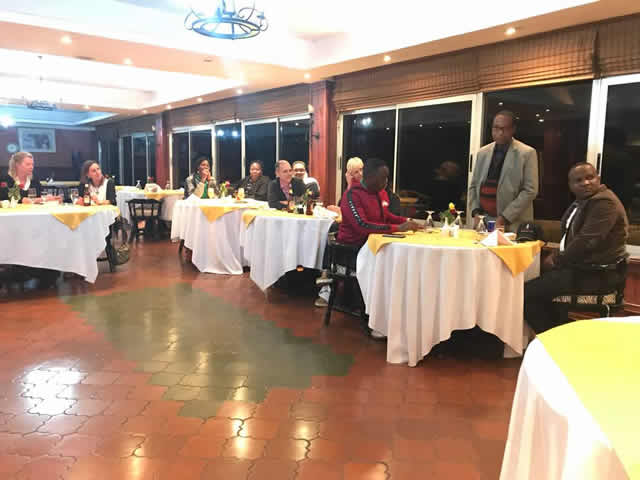